Every post I write is a work in progress.  I see my posts more as editable Wikipedia articles on state aid in New Jersey and not "first draft of history" journalism that is meant to be static.  I therefore see my posts as material I can add to and revise.

I also try to add to the visuals in my blog posts.

Anyway, here are some additions:

This is Newark and Jersey City's Equalized Valuation Per Student since 2006.  It has been inserted into The Divergent Fates of New Jersey's Big Cities. 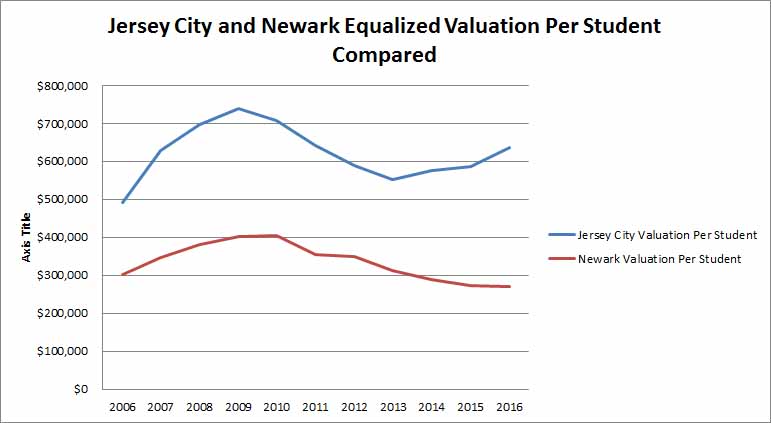 These two are going into the post "The Grotesque Overaiding of Hoboken."

This is a comparison of Hoboken's Local Fair Share to the other wealthiest districts in NJ with more than 1,000 students.

As you can see, there is no comparison between Hoboken and conventionally affluent districts like Millburn and Princeton. 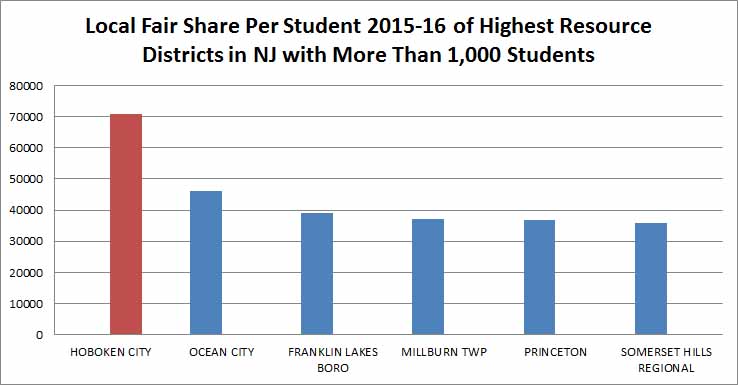 This is an addition to my posts about Paterson and its refusal or inability to raise its own taxes.  Paterson's 2015-16 Local Tax Levy remained at $39 million.  This chart just shows that the flat tax levy continued into 2015-16. 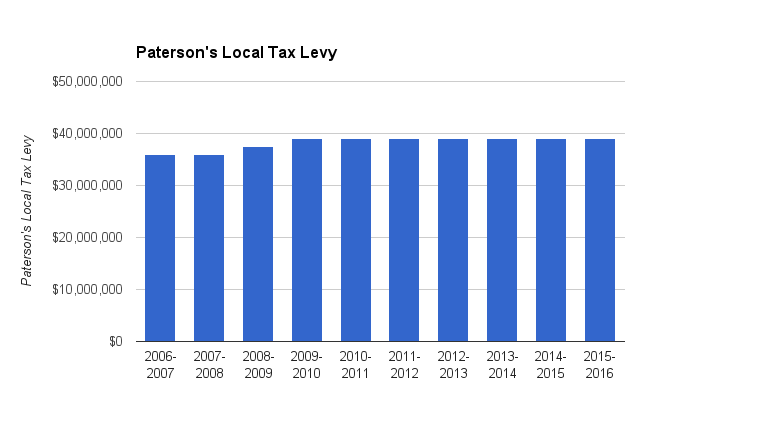 Posted by StateAidGuy at 7:20 AM