David Sciarra of the firm Sciarra & Tractenberg, LLP, better known as the Education Law Center, is demanding the state give his plaintiffs, Bacon et al, money.

Seriously.  The Education Law Center is at it again on behalf of the Bacon districts.

(more background on Bacon is here)

The Bacon districts are sixteen mostly poor, but not consistently poor, districts mostly in southern New Jersey that are demanding the same state aid "remedies" provided to the Abbott districts.

The problem with the Bacon case is that these districts are too disparate economically.  They mostly aren't among New Jersey's most underaided nor among the state's poorest.  In an ideal world they would get more money but given New Jersey's budgetary realities I don't see why these districts should be prioritized.

Here are some financial bits of information about the Bacon districts:


Three of the Bacon districts (Wallington, Buena, and Hammonton) are below the 40% FRL-eligibility threshold that is supposed to qualify a district for universal Pre-K.

Two or three of the Bacon districts (definitely Wallington and Ocean Township, arguably Lakewood) are actually above average in financial resources based on Local Fair Share per student.  Lakewood is very unusual demographically though so I will concede that its real financial resources are below what SFRA indicates for it.


So I'm not seeing what the Bacons have in common with each other.

This is what I think would be fair:

1.  Hammonton, Clayton, and Wallington should get relief for K-12 aid along with every other district that has more than a $4000 per student state aid deficit.

There are at least forty districts who are this underaided, three of which are Abbotts.

Bringing all of these districts up to a $4,000 per student deficit would mean that they are still treated unfairly, but it would only cost $137 million, an amount which should be findable.

2.  Lakewood, Commercial, Egg Harbor City, and Fairfield should get Pre-K funding along with every other district that has more than 70% FRL-eligibility.

David Sciarra said of the Bacons "There hasn't been one new preschool class opened in these districts. These kids have waited long enough."

Umm, why should kids in Hammonton get "free" Pre-K when kids in Red Bank Boro, East Newark, Freehold Boro don't? 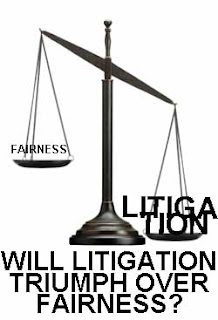 SFRA does not give an accurate Local Fair Share for Lakewood and special K-12 relief is justified. Since Lakewood's expenses for Transportation are so high the relief can take the form as an amendment to the formula for Transportation Aid so that districts with very high costs for private school transportation get some extra assistance.

Lakewood's governance is also dysfunctional.  Some reforms are necessary.